Does a Fish See Water? 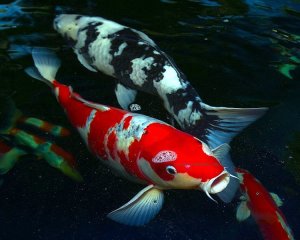 Fish don’t know they’re in water. If you tried to explain it, they’d say, “Water? What’s water?” They’re so surrounded by it, that it’s impossible to see. They can’t see it until they get outside of it.

This is how I feel about culture. We’re so surrounded by people who think like us, that it’s impossible to see that what we think are universal truths are just our local culture. We can’t see it until we get outside of it.

Management and the board are often, if not always, blind to their own culture – fish can’t see water – and may not realize derailing cultural dynamics, in time leading to under-performance or, in the worst case, financial disaster. The message of this book is simple: national culture, through its influence on corporate culture, has a powerful but often invisible impact on the success or lack of success of any organization or companies. What’s more, the very same national traits that accelerate growth at one stage of the corporate life cycle may derail that growth at a different stage or when an inevitable crisis hit.

What are they missing?

In a universe in which all things are infinitely interconnected, all consciousnesses are also interconnected. Despite appearances, we are beings without borders. This is due to the holographic universe effect. Not only is the universe a kind of floating hologram, so is the mind. If the holographic universe theory is correct, and there is no reason to doubt this theory, especially if one is a fully trained Buddhist lay person or monk, because this is in keeping with the Dhamma of the Buddha, then the whole universe changes as far as experience is concerned. It would mean that deep down the consciousness of mankind is one. In other words, if this theory works as stated in the popular press, then there is one mind and we are all using it.

The Buddha may be alluding to this in the Maha-nidana Sutta: The Great Causes Discourse (Digha Nikaya 15). In this Sutta he discusses the “singularity of perception” experienced by particular classes of beings: Brahmanic Devas, Radiant Devas and Beautifully Lustrous Devas. But then, in higher stages of consciousness these singularities are transcended. We read,

There are beings with diversity of body and singularity of perception, such as the devas of the Brahma hosts generated by the first [jhana] and some beings in the four realms of deprivation. This is the second station of consciousness.

“There are beings with singularity of body and diversity of perception, such as the Radiant Devas. This is the third station of consciousness.

“There are beings with singularity of body and singularity of perception, such as the Beautifully Lustrous Devas. This is the fourth station of consciousness.

“There are beings who,with the complete transcending of perceptions of [physical] form, with the disappearance of perceptions of resistance, and not heeding perceptions of diversity, [perceiving] ‘Infinite space,’ arrive at the dimension of the infinitude of space. This is the fifth station of consciousness.

(Similarly with each of the remaining stations of consciousness and two spheres.)

“Ananda, when knowing – as they actually are – the origination, passing away, allure, drawbacks of – and escape from – these seven stations of consciousness and two spheres, a monk is released through lack of clinging, he is said to be a monk released through discernment.

In the Lokayatika Sutta: The Cosmologist (Samyutta Nikaya 12.48) the views of duality and non-duality are further explained in his terms. The Sutta is well known as describing the twelve factors of dependent co-arising in the mind. Every Buddhist has either read the chain itself or has heard about it. At the same time the Buddha explains that neither duality nor non-duality are his teaching. He proposes a middle way between the two views. In the Sabba Sutta (Samyutta Nikaya 35.23) the Buddha explains that everything that exists to us, within our experiential existence, consists only of “Simply the eye & forms, ear & sounds, nose & aromas, tongue & flavors, body & tactile sensations, intellect & ideas. This, monks, is called the All. Anyone who would say, ‘Repudiating this All, I will describe another,’ if questioned on what exactly might be the grounds for his statement, would be unable to explain, and furthermore, would be put to grief. Why? Because it lies beyond range.”

It is interesting that the very “thing” or process that creates our experiential world is the very thing that we need to let go of. These experiences are not ours (Na Tumhaka Sutta: Not Yours, Samyutta Nikaya 35.101). They are neither our but also not precisely real.

“The nose is not yours: let go of it…

“The tongue is not yours: let go of it…

“The body is not yours: let go of it…

Imagine a fish swimming in an aquarium. Imagine also that you have never seen a fish or an aquarium before and your only knowledge about them comes from two television cameras, one directed at the aquarium’s front and the other at its side. When you look at the two television monitors you might mistakenly assume that the fish on the screens are separate entities. Because the cameras are set at different angles, each of the images will be slightly different. As you continue to watch you will eventually realize there is a relationship between the two fish. When one turns, the other makes a slightly different but corresponding turn. When one faces the front, the other faces the side, and so on. If you are unaware of the situation, you might conclude that the fish are instantaneously communicating with one another, but you would be wrong. No communication is taking place because at a deeper level of reality, the reality of the aquarium, the two fish are actually one and the same.

This is what happens to the Board we talked about at the beginning of the article. It is not so much they are using one mind, literally “of one mind,” it is that they share similar kamma. They see alike, thinks alike, and experience the world from a similar point of view. In this way they are isolated from the rest of the very community they are charged to serve. They cannot see beyond their collective noses. To bring the analogy nearer to us, they are like the fish in the aquarium they seem to be many people but moving in the same direction. The Board is actually one entity but composed of many smaller entities. This model also works for religious communities, street gangs and the military.

The individual also works on this model. Take the five aggregates as a starting point. Let us deal with something simple. There is a car parked in parking lot. Let’s just look at the car. The eye catches indications of form. There is color, but not just color, there are shades of color, but not only shades, there are also different colors and different shades of each color. There are lines, straight lines, curved lines, lines at right angles, but not only that, within the  lines are other lines. There is a feeling about the car. There is the feeling of pleasure because I like the car, but with that feeling there are more feelings, one shade of color spawns more pleasure than other shades, some shades bring displeasure, within those feelings are deeper feelings. Perceptions are also manifold and self-referencing. It begins with the car, but there is also the roof of the car, headlights, hood, tires, wheel rims, windows, scratches, chipped paint. We label “car” and then find labels within the label. Then comes the fabrication, which is the most complex of the aggregates (khandhas). If attention focuses on the khandhas’ attractive features – beautiful forms, pleasant feelings, etc. – it can give rise to passion and delight. This passion and delight can take many forms, but the most tenacious is the habitual act of fabricating a sense of me or mine, identifying with a particular khandha (or set of khandhas) or claiming possession of it. It is here, depending on our kamma, is where we conjure up not only “car” but also the relationships of car. lot, paint, and we create a particular car in a particular setting. Again, there are, depending on our kamma, fabrications within the fabrication of the car. All the indications, feelings, perceptions come together into a multitude of mental constructs. Finally there is consciousness. Consciousness cognizes the six senses (counting the intellect as the sixth) along with their objects. Of the five khandhas, fabrication is the most complex. Passages in the canon define it as intention, but it includes a wide variety of activities, such as attention, evaluation, and all the active processes of the mind. It is also the most fundamental khandha, for its intentional activity underlies the experience of form, feeling, etc., in what we consider to be the present moment.

The “present moment” is a misnomer. What we see as the present is actually in the past. When you look at the sun, for example, the son is already eight minutes older. We are seeing the sun eight minutes ago. The car is being seen as it was in the past, we are experiencing the past in the present. To make matters more complicated, we don’t even experience the same time.

Why can we not see this? The same reason the fish cannot see water. The khandha and holographic universe are our environment. What we see in the environment is what we have constructed. The nearer we are to something the larger it becomes. We are so close to what we are experiencing that we become overwhelmed by it, we no longer see what is beyond it. It’s a little like putting your hand in front of your face.  Its all you can see. This is what happens to the Board, the gang, the religious community. In meditation we remove the hand, we are less overwhelmed.